How to pay taxes on Bitcoin? One of the questions that the U.S. taxpayers are asking. With the rise of the cryptocurrencies, the IRS still didn’t issue guidance for the taxpayers. Now, the members of Congress got involved in the issue to urge the IRS to solve the problem as soon as possible. Also, it seems that Ernst & Young are making it easier for their clients to file their taxes.

How to pay taxes on Bitcoin? Congress wants an explanation

After American taxpayers are facing uncertainty over cryptocurrency, lawmakers are demanding information from the IRS. The reason for that is because there is no guidance from the IRS how to handle Bitcoin transactions when you are reporting taxes.

So the question ‘’how to pay taxes on Bitcoin’’ was asked to the IRS by the U.S. lawmakers. The question was asked in a letter in which is shown how unregulated the cryptocurrency world is.

ICYMI: “Congress just sent a letter to the IRS about “urgent need for guidance” on crypto taxes” via @coincenter ↓ https://t.co/jgWELHYyuP

Right now, cryptocurrencies are treated as property by the government. As a result, capital gains taxes are applied to every transaction, and it doesn’t matter if you are buying a $100 thousand car or a $1 doughnut.

No answer on how to pay taxes on Bitcoin

However, there are still questions on how to verify the values of cryptocurrencies at a specific time and how to record events like ICO. In the ICO companies raise money by selling cryptocurrencies to investors, and there have been thousands of ICOs in which were raised billions of dollar. Thus, this is making reporting very difficult.

When the IRS released the guidance about how to pay taxes on Bitcoin, the value of one Bitcoin was $496. In the years that follow, Bitcoin reached a cost of nearly $20,000, and now it is currently something around $5.200 for one Bitcoin.

According to the letter from the members of Congress, there are still some questions that need to be answered. Some of those questions include; how the taxpayers should calculate the fair market value of notably volatile cryptos, how to track exchanges, and how to account on fundamental changes to the protocol on which cryptos run. Answering some of these questions could make a big difference for taxpayers, like more than a 6 figure difference.

IRS working on a solution

Despite making the confusion, IRS is reporting that they are trying the big ‘’how to pay taxes on Bitcoin’’ question. They are saying that they are working on a more vigorous enforcement on the taxpayers who file a misreport or pay fewer taxes on cryptocurrencies. In March of 2018, the IRS announced that a prison term of 5 years and a fine of up to $250 thousand will be given to anyone that is convicted of tax evasion related to the cryptocurrencies. It seems now that, that was only a threat.

Congressmen are telling the IRS that they need to write a response in which they will outline plans to issue updated guidance on cryptocurrencies by May 15th. This is a big step forward for people to get an answer on how to pay taxes on bitcoin. 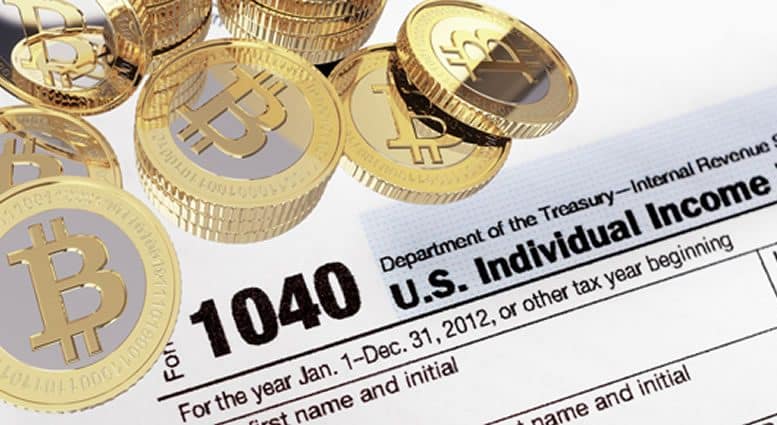 What Ernst & Young is aiming to do is help you make your filing of crypto tax returns easier.  As a result, they have launched the second generation of their EY Blockchain Analyzer, which is a blockchain analytics tool.

They showcased the product at the annual Global Blockchain Summit. At the summit, Ernst & Young said that they invested millions of dollars in upgrading their EY Blockchain Analyzer, thus making it easier to answer the ‘’how to pay taxes on Bitcoin’’ question. Ernst & Young wants to be the top crypto tax service

The big four auditing firm is making the tool available for use by the Ernst & Young teams in 2019 so that they can help clients who have or trade cryptos, or clients that work in the blockchain world.

They are now working on building an integrated platform that can be used for tax, audit, and transaction monitoring; according to people from the company.

According to the company, their Blockchain Analyzer can support tax calculation for crypto-assets by automatically calculating capital losses and gains. With the Blockchain Analyzer, they are planning on becoming the leader in cryptocurrencies taxes and blockchain services.

When clients of Ernst & Young asked ‘’how to pay taxes on Bitcoin’’, they then gave them a crypto tax tool called ‘’Crypto-Asset Accounting and Tax program (CAAT)’’. This tool is specially designed for clients that invest in cryptocurrencies.

What can CAAT do? Well, it can source transaction-level information from basically all major crypto exchanges.

What you pay Crypto Taxes on?

Not all of the crypto transactions are taxed. You are actually required to report a cryptocurrency as income if you:

And you will not be taxed if you:

The members of Congress had to get involved in order for the taxpayers to get help. Since the IRS wasn’t willing to, for so many years. However, will the letter from Congress help anything? I can’t tell you right now, but it certainly won’t make things worse than they already are. Also, I want to say ‘’Congratulation’’ to Ernst & Young on trying to take advantage on the craze that are cryptocurrencies. Looking at their previous success with their, well everything, I think they will be they will be leaders or at least one of the leaders in this endeavour.

African banks: Digital evolution that serves at the Development

Binance, paying their employees in tokens, such a good idea

Blockchain App Market – It is the way to go. Why?